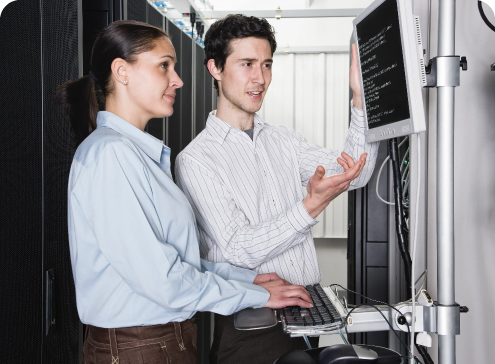 At a renowned software company, their branch site connectivity uptime was reported less than 70%. The core issue was multi-vendor networking devices between the HO and the branches. This caused difficulty managing the multiple MPLS, P2P and internet links.

The SK team stood up to the challenge and established redundant paths between the HO and branches. The network devices were made to converge to a central overarching platform. A single enterprise control panel was provided for managing the entire network including the networking devices at branches as well as the network links.

This enabled the enforcement of security standards. Due to redundant paths, the remote branch site availability was increased to 95% from the earlier 70%. The higher cost of maintenance was reduced due to the centralized management console.